This scene was filmed in St Ermin's Hotel in London:  http://www.sterminshotel.co.uk/.  I was in London in October 2013 - and I could have bagged this location if I had known about it - I was so close to the hotel at one point when I had lunch in a pub opposite St James's Park underground station.  Perhaps next time, i'll make a special journey ... just to stay in this hotel.

Acknowledgement:
I must give credit here to James Luckard who has very kindly provided me with information on some of the Russia House locations.  He gave me details of this scene - shot in St Ermin's hotel (which I had presumed was filmed in the National Hotel Moscow), as well as other scenes towards the end of the film: the book fair party location (The Reading & Writing Room, One Whitehall Place, London), and Katya's apartment block (Ulitsa Verkhnyaya Maslovka 23, Moscow - behind the Petrovsky Palace on Leningradskoye Shosse). 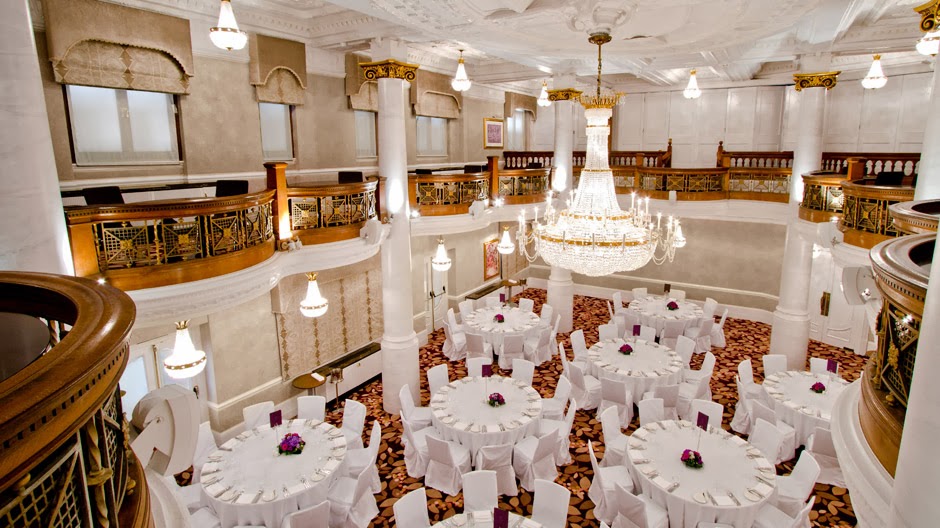 I finally "bagged" this location in October 2015:  http://blog.therussiahouse.net/2015/10/the-russia-house-another-location.html 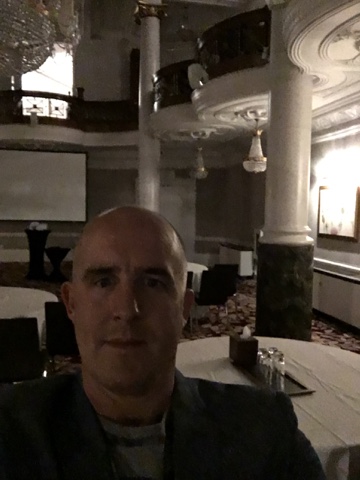