Barley and Dante in St Petersburg discuss publishing his notebooks

Palace Square / Vasilievsky Island
St Petersburg
Russia
Barley and Dante are seen walking along an alley from Nevsky Prospekt.  The alley leads to an arch which opens on to the palace square - a vast arch of a square bordered by neoclassical buildings and the baroque Winter Palace and Hermitage.  I've walked this way to Palace Square a couple of times and it is a pleasure.  A short walk down an anonymous side street, just when you think you are lost or are heading in the wrong direction, you round the curve of the street and an amazing vista gradually unfurls before your eyes, to be framed by a triumphal archway.  Through the arch and a vast square is presented. A beautiful sight!  No less striking on second viewing. 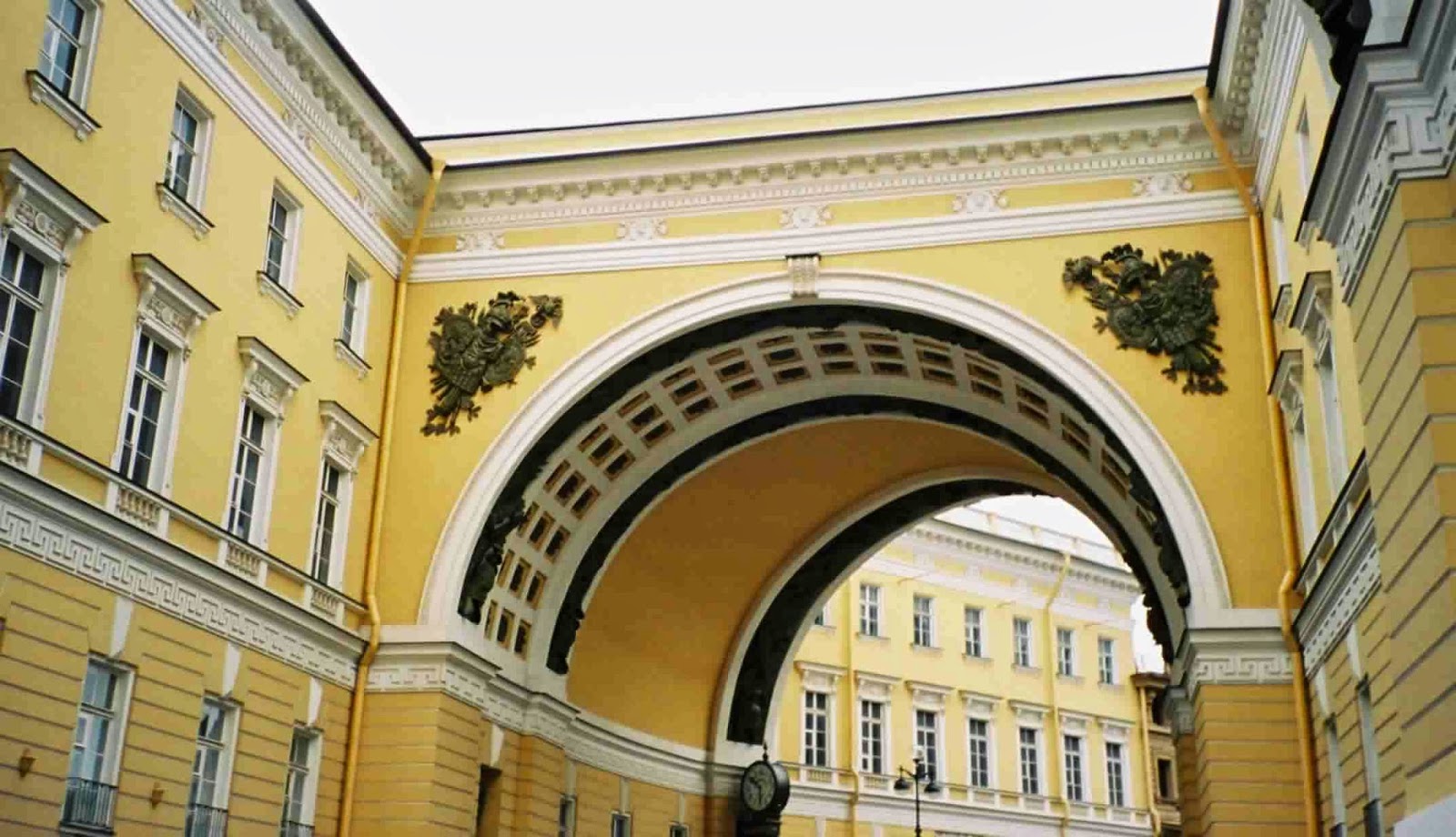 Barley and Dante walk across the square pass the Alexander Column where a group of Russians (in a tour group) are having a group photo taken.  Alexander Column (1830–34), designed by Auguste de Montferrand. This red granite column (the tallest column of a single piece of stone in the world) is 47.5 metres high and weighs some 500 tons. It is set so well that no attachment to the base is needed.

The action then moves on to the embankment of Vasilievsky Island on the River Neva, next to Peter and Paul fortress.

"You are wearing grey today Barley, my father was murdered by men who wore grey uniforms, grey men ruined my beautiful profession and take care, or they will ruin you too" 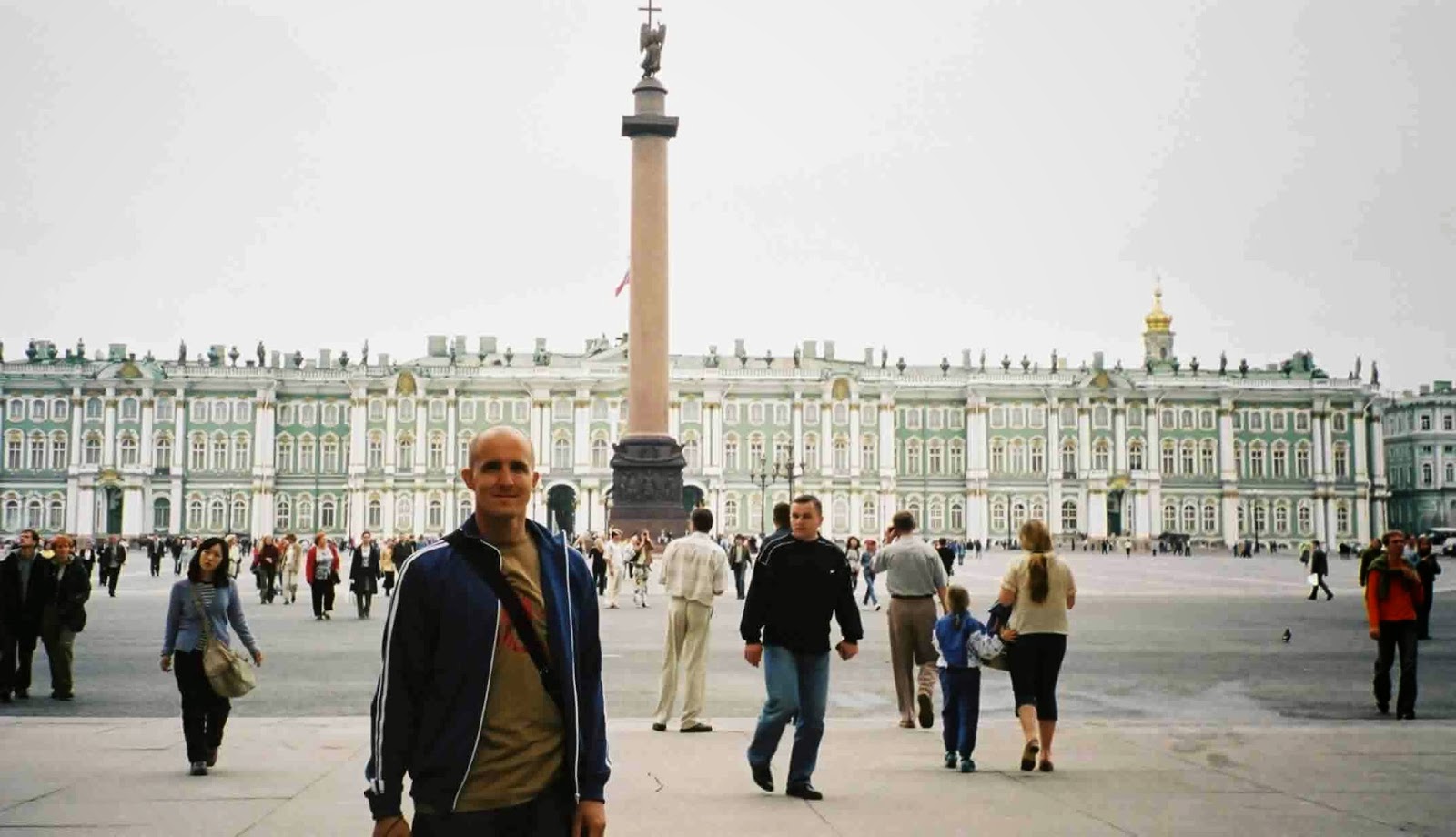 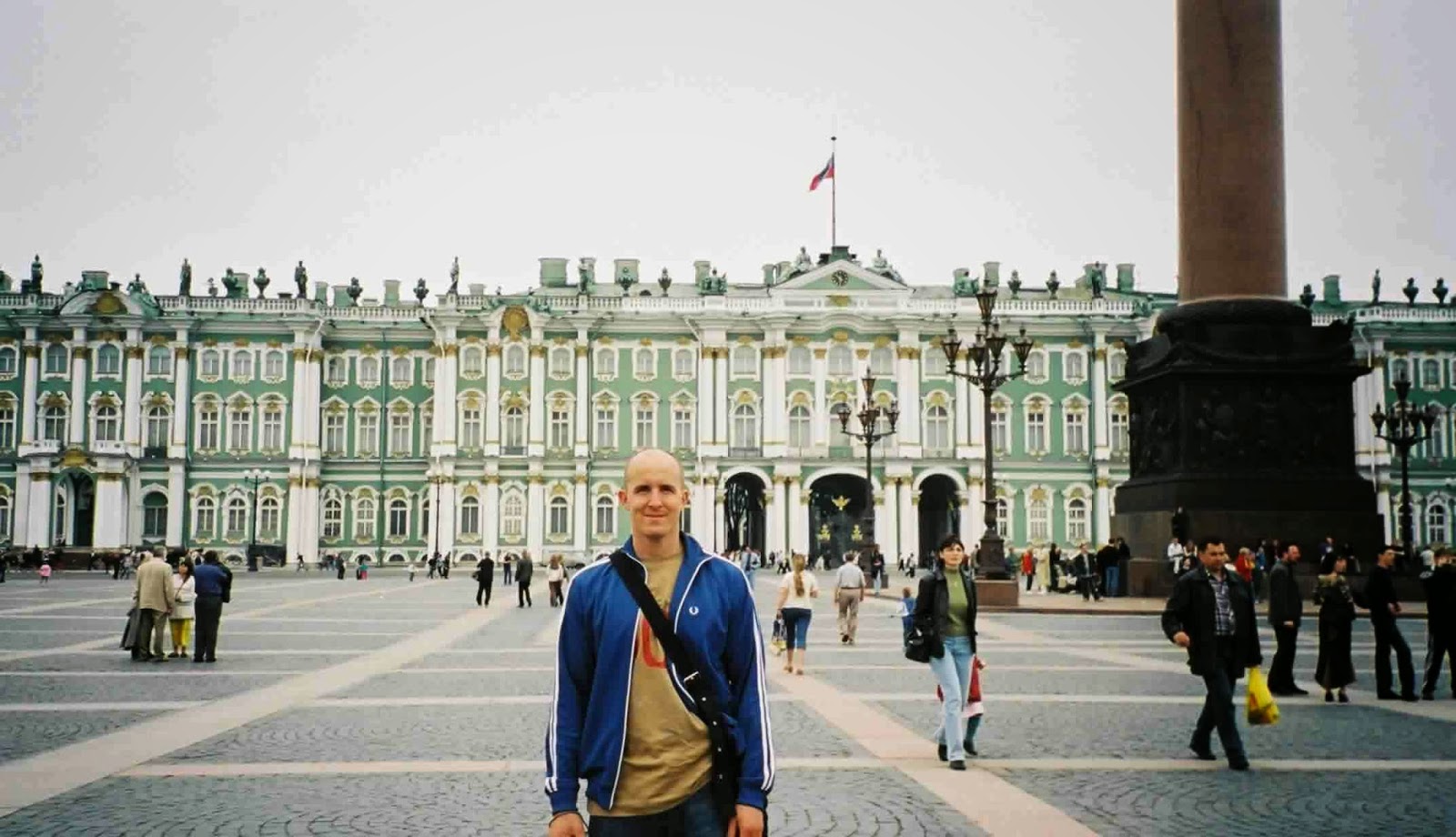 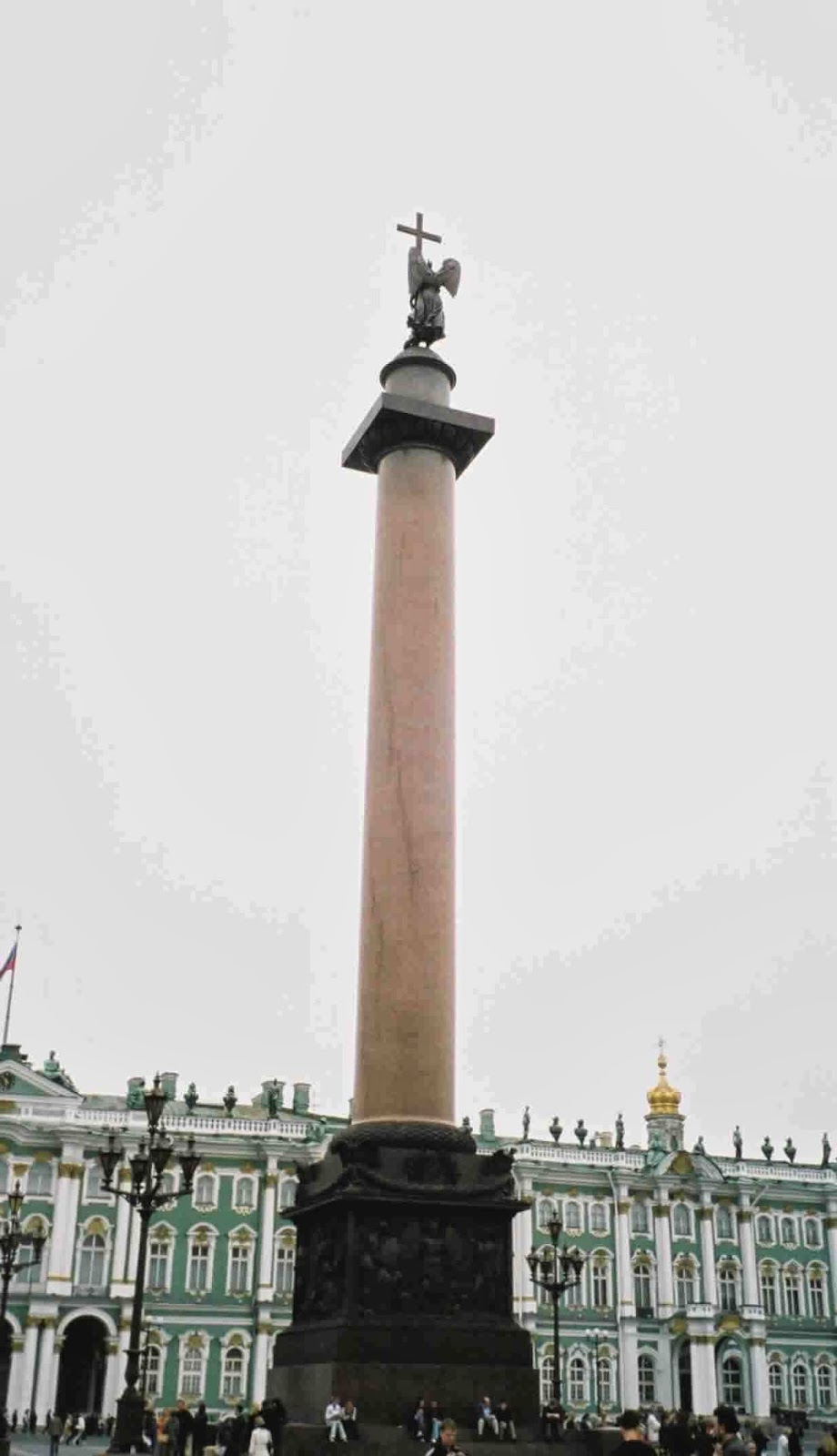 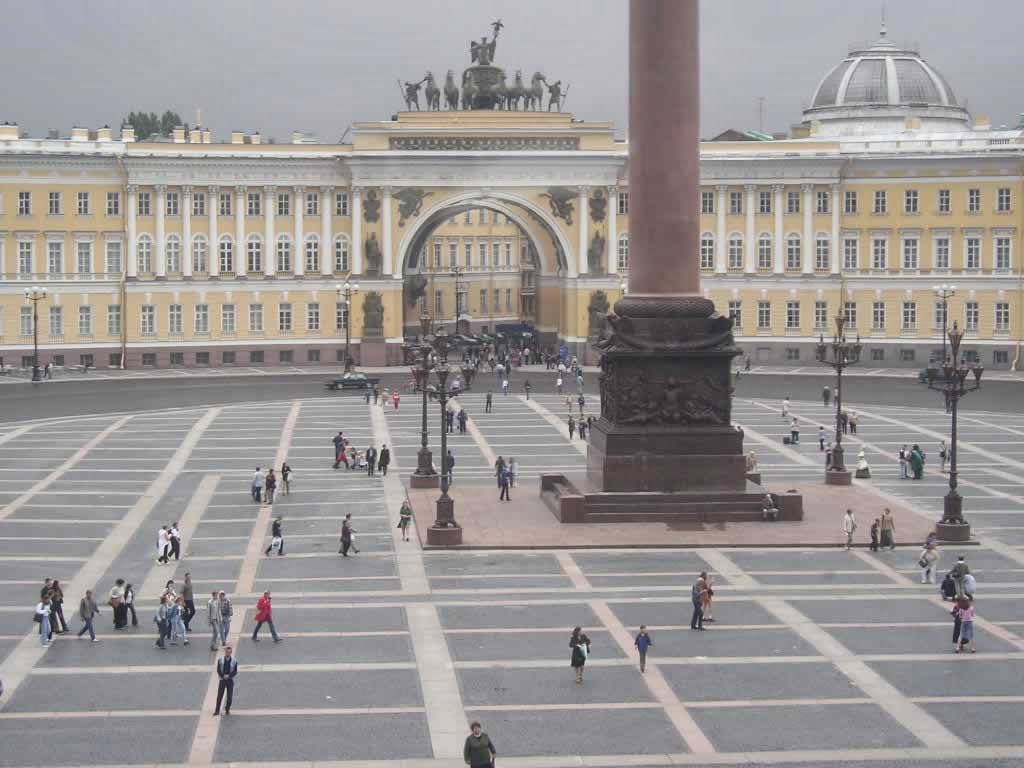 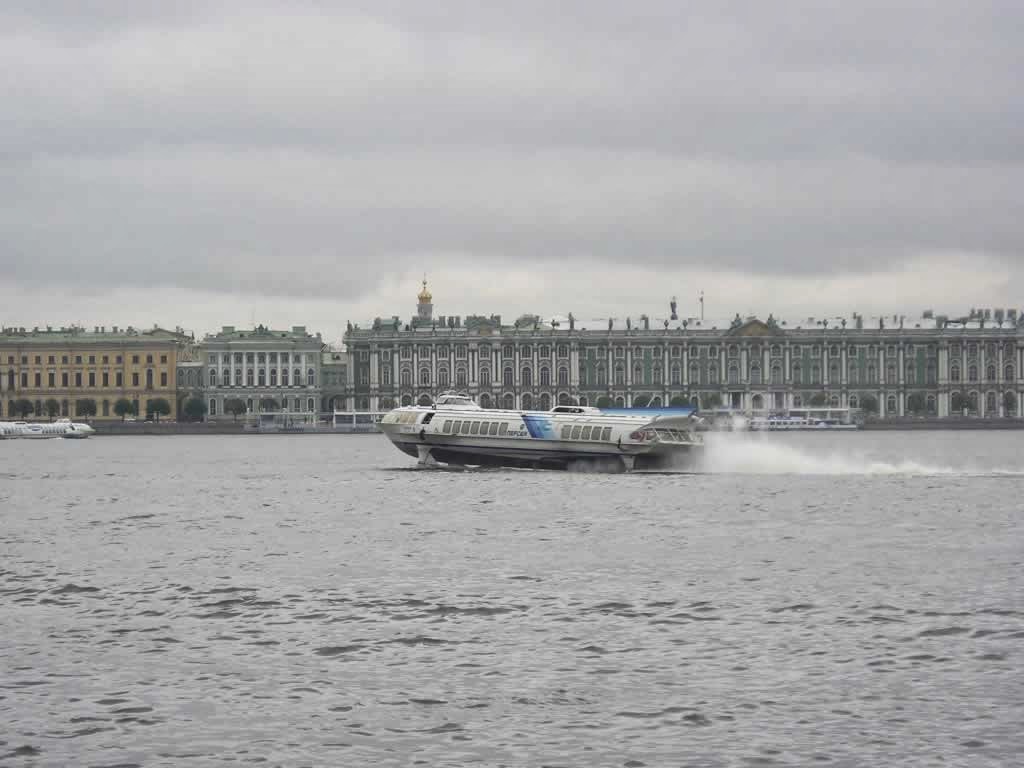 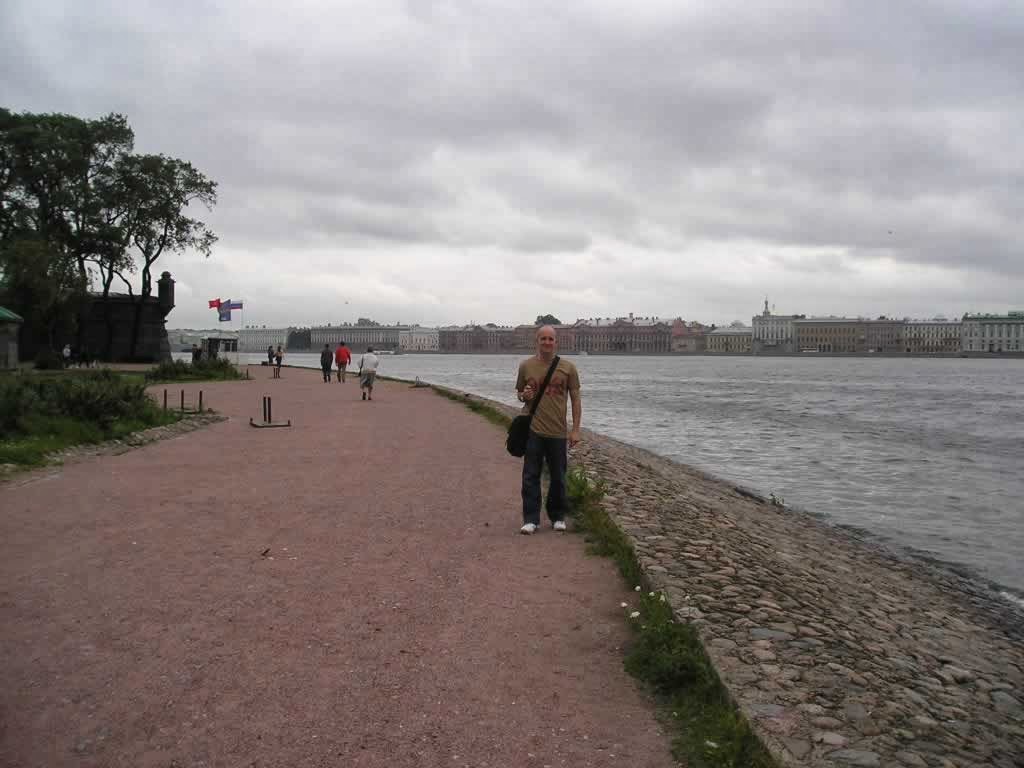 Posted by bouncermangel at 15:33 No comments: